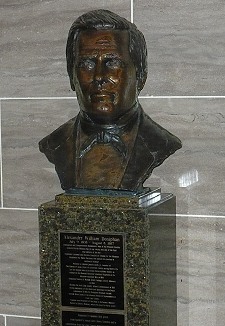 In 2008, on his 200th birthday, Alexander W. Doniphan was inducted into the Hall of Famous Missourians at the Missouri State Capitol. Doniphan's bust was placed among some 40 others which occupy the third floor of the rotunda in the state capitol.